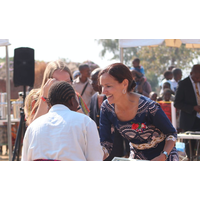 Brief: The Biden administration has made appointments to PC leadership roles, including naming RPCV (Romania) as Acting Director of the agency.

"WASHINGTON – On January 20, Carol Spahn was named Acting Director of the Peace Corps by President Biden. Spahn had been serving as the Peace Corps chief of operations for Africa. She succeeds Jody Olsen, who stepped down as director on January 20.

Spahn has over 25 years of experience in international development, business, health, and women’s empowerment. She served as a Peace Corps Volunteer in Romania (1994–96) and country director in Malawi (2014–19). Her work with the nonprofit sector includes experience with Women for Women International — which supports female survivors of war — and Accordia Global Health Foundation — which helps fight infectious disease in Africa.

“It is an honor to serve the Peace Corps and our country,” Spahn said in a release from the agency. “From my time as a volunteer in Romania to my years as a country director in Malawi, I have loved my work for the Peace Corps, the American people, and the people of the countries where I have served. I am grateful the Biden-Harris transition team has accorded me the privilege of serving in this new role.”