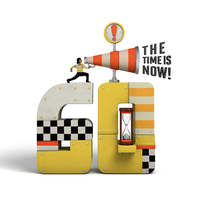 Title: "If I had 3 minutes to talk to President Biden about the Peace Corps..’"

Brief: Univ of Wisconsin-Madison hosted a conversation with 11 Peace Corps Directors moderated by Donna Shalala. Here is what they'd like to share with President Biden about the Peace Corps Agency.

Selections From the article:

"I’d tell the president: Get them back out there as quickly as you can. Number two, use it as a base to build a national service program for the entire United States. And number three, hire everybody who’s a Returned Peace Corps Volunteer for your administration."

"DOUBLE IT! We’ve come to appreciate the importance of public health, both at home and globally, in a much more immediate way. Can we declare a decade committed to global public health, in which the Peace Corps plays a role overseas — and then brings that role home?"

"I am a big proponent of universal national service. I would tell the president that we have a blueprint, which is ready to go, for expansion of national service. Now is the time. As we look for ways to promote diversity, equity, and inclusion, national service would be an ideal platform to expand opportunities for young people around the country."

"We need to be able to communicate the importance of Peace Corps in a way that is profoundly personal. When I was director, there were more than ten presidents on the continent of Africa alone who said they got their start with a Peace Corps Volunteer. That’s extraordinary."

Read the rest of Carrie Hessler-Radelet's statement, including the story she would most like to share with President Biden, as well as quotes from 8 additional directors. Click below.