BLOG: Member Voices - "When Farting is an Act of Terrorism: Reflecting on Life as a Volunteer in Vanuatu" 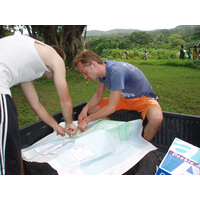 Summary: Brett Reflects on Life as a Peace Corps Volunteer in Vanuatu

As a Peace Corps volunteer sent to a remote village on a remote island in a remote country, I was tasked with fully embedding myself into my new community as a means of better serving their needs. I played a small part in a big project to prop up the nascent coffee industry. Approximately 250 Ni-Vanuatu farming families were impacted by this project and in the best-case scenario, the funds generated went to school fees, medicine, and possibly solar kits. I’m proud of my small contribution. At the same time, I was very fortunate a more experienced volunteer cautioned me not to judge my value based on the success or failure of the project. After all, he told me, if the project falls apart, not much will really change for the local farmers. They’ve lived for centuries without a coffee industry.

Yes, I had a job to do, a specific project to lend my skills and energy to uplift my community. Yet when I reflect on my service, I rarely think about the actual project. Instead, my mind is filled with all the spaces in-between which shaped my memories and help define who I was as a volunteer. Like any other volunteer that serves anywhere in the world, I could write dozens of stories. Here are a couple that come to mind:

I was in a small room with a group of local guys and someone farted loudly. Everyone cracks up laughing. Then moments later, our faces go sour and we all pinch our noses. The offender is given a mock punch by a friend. Another man turns to me while pointing at the offender. He looks at me sternly and says, “That man is a terrorist!” We all burst out laughing again. The Ni-Vans have great wit and wonderful wordplay. Also, that was my first international farting incident, and the day I learned farting is universally hilarious and universally disgusting. 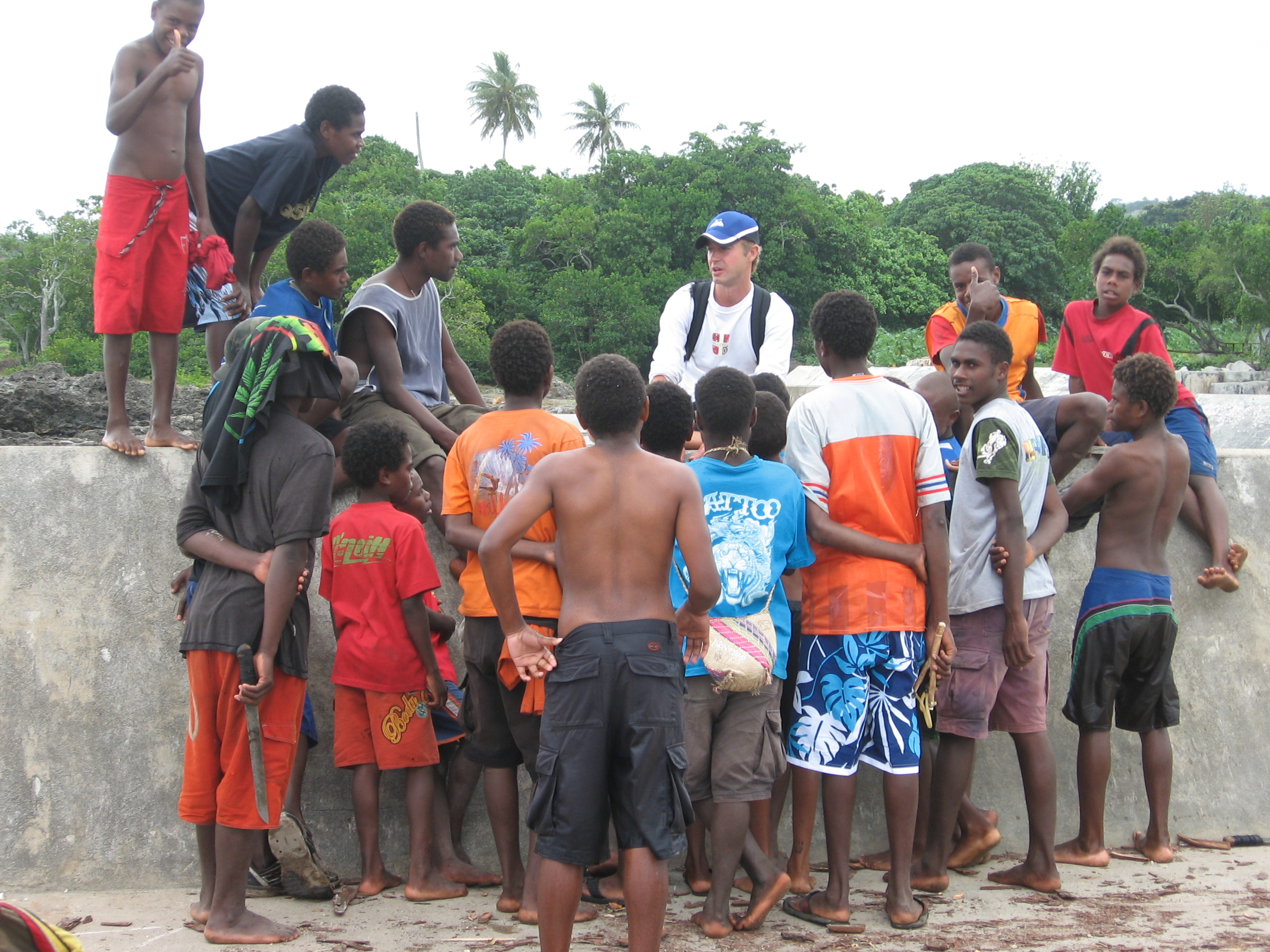 Just walking around minding my own business, it was common for a total stranger to stop me and strike up a friendly convo, such as in the photo above. “Do you know Arnold Schwarzenegger? Is the Terminator real?” As soon as he says this, a crowd of boys and young men magically appear around me. I don’t even know where they came from. Someone else says, “He’s the Terminator Governor!” Before I can fully explain how these three men are all the same guy and how one of them isn’t even real, I’m quickly asked to explain Rambo and Rocky. I’m endlessly amused by these exchanges. I live for them. Given enough time, it’s inevitable that some young man will get the courage to ask about girls. This is when I switch to “cultural ambassador”. This is when I take advantage of their rapt attention to hopefully influence their minds with new perspectives. Of course, I entertain them with stories about girls, the stuff that young men want to hear, but I interweave firm lessons about how to treat women, how to respect women. In their own language, I offer guidance about the nature of consent and healthy relationships. I consider this part of my true value as a Peace Corps volunteer. And yet, while I can tell you how much money 250 farmer’s earned each harvest, and by how much each plantation grew year over year, I have no idea how many young men may have been impacted by my words regarding dating and sex. I like to think I influenced at least a couple of minds.

One final story, and one of my very favorite memories, comes from a very simple moment while watching the movie E.T. The Extra-Terrestrial. I’ll preface this by saying I had watched many movies with locals who seemed to always laugh at all the wrong times. A main character gets shot in a movie – they all laugh. The plane crashes and everyone dies – they all laugh. I could never really be sure if it was an uncomfortable laugh, or if they just didn’t understand the storyline perhaps because it was too much English dialogue. They didn’t speak English, which meant their favorite movies were often Hollywood war flicks or Chinese kung fu films.

I had become close friends with a tough and confident man named Fleeman. I also had the good fortune of having a portable 10” DVD player and could buy bootleg movies for very cheap. I took a chance and invited Fleeman over to watch E.T. knowing the film may seem a bit abstract, or at the very least, not to his taste. To my surprise, he became truly engrossed in the story, perhaps because it was just the two of us and he wasn’t influenced by group behaviors. The very simple moment that so impressed me? Fleeman actually cried at the exact right moments when you’re supposed to cry while watching E.T. I think he was just as surprised as I was. He told me no movie had ever made him cry before. It might seem like a small thing, but to me, I’ve forever counted it as a break-through cultural-sharing moment.

There are countless other “in-between” moments such as these, all cherished memories. The truth is that as a Peace Corps volunteer, you have the unique opportunity to represent the goodwill of your country while serving the needs of a foreign community. Yet, unfortunately in the act of doing that, you never really know how much the in-between moments mean to the others. All we know for sure is that cumulatively, these moments greatly shape each one of us in profound and lifelong ways.